So few days ago, a picture/wallpaper circulated online with the tendency of breaking or killing people’s phone. That is, once you set the picture as downloaded as your phone wallpaper, you phone will start misbehaving. It was on one of the groups I belong to on Whatsapp that I first saw the got the information before I saw it on major blogs online. When indeed I noticed that it is true, the question I asked myself was why on earth would a picture damage or kill phones.

While I was still wondering that, many people started trying it. Trust humans. Sometimes, it is those things you tell humans not to do that they do. You saw a picture with a warning, and even a video that proofs its actually true. Yet you went ahead and tried it. Below is the picture in question. Please do not set this picture as your wallpaper. 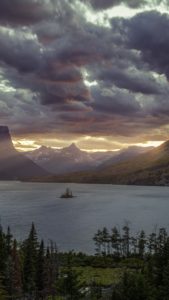 Well, when they tried it, it did not damage some people’s phone while it damaged others. Then I ask myself why? Why would a picture kill this phone and don’t kill the other. They are all android phones. It was then that I learnt that the picture only breaks some phone from some brands though not all model. Those brands are:

To the extent that the almighty Samsung Galaxy S20 Ultra was also affected by the picture. Somehow, I began to feel bad because I have seen Samsung as a giant company and Galaxy S20 Ultra as an almighty phone. Then how come just a picture breaks or damage it? What keep coming to my head was ‘why’ ‘why’. I kept asking myself why. Then I had to look up online and stumbled upon MrWhosetheBoss YouTube channel where he gave a very detailed reason why the picture breaks some phones and not all and why it even break phone at the first place.

Why this Picture Can Break/Damage your Android Phone

According to him, the reason why the picture breaks or damage android phones like almighty Galaxy S20 Ultra is because of ‘Color Space’ of the image. The person that took that picture must have taken it as a normal picture but when editing it, must have added many things just to make the picture tell the storywhich he/she wanted it to tell.

Having known that, at least it is clear that it is not because of malware or other malicious code that cause the malfunction. Its actually because of color space. Well, if you want to know more, you can go ahead and watch the video below where Mrwhosetheboss explained everything in details.

Can I Recover my Phone when this Wallpaper Kills my Phone

Samsung Galaxy A Quantum: A New 5G Phone from Samsung...