Netflix is one of the most popular TV all over the world. It is also one of the regular television that is accessible almost to everyone all over the one. All you have to do is to get the Netflix App either on your phone, your television or your TV box and pay or subscribe to any package of your choice and enjoy entertainment to the fullest.

There are two things I like about Netflix, one is the fact that they are affordable. Netflix is affordable when compared to other regular television such as HBO Max. 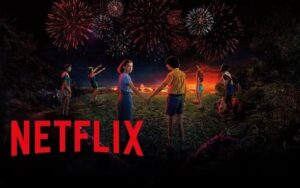 However, the second thing is the fact that Netflix has both movies and series on it. This means that you can enjoy both series/seasonal films as well as movies in good video quality. I’m really impressed.

Like I said earlier, Netflix is very affordable when compared with other regular TV’s subscriptions. But today, the company announced the new price hike of their standard and premium subscription to $14 for the Standard plan and $18 for the premium plan respectively.

According to Netflix in a statement, they said;

We understand people have more entertainment choices than ever and we’re committed to delivering an even better experience for our members. We’re updating our prices so that we can continue to offer more variety of TV shows and films – in addition to our great fall lineup. As always we offer a range of plans so that people can pick a price that works best for their budget.Epic Games

Obviously, producing new shows has its costs, although paying more doesn’t mean some shows will not get cancelled. Additionally, they aren’t offering a specific explanation on what the money is going towards. Will they stop cancelling TV shows after a season or two? Probably not. All we can hope is that they’ll be focusing more on quality, rather than quantity, which could help to keep costs down.

The new price will be effective immediately. That means, if you subscribe today, you are subscribing with/to the new price.

Nonetheless, those that have already subscribed prior to this announcement, that is, those that their subscriptions is yet to expire, once it expires, the new price hike will be effective immediately.