Realme is a brand that is gaining weight and known all over the world because of the awesome mobile phones they make for their customers all over the world. Right now as am typing this article, am currently using a Realme X phone that I’ve never regretted buying. The phone is awesome. Even though it has a smaller battery not up to 4000mAh, the battery last more than some of my friends that is using a 5000mAh battery capacity mobile phones. Its just an awesome phone.

Be that as it may, Realme is stepping up their game. This time, they are extending to the TV world which is not surprising because major mobile phone companies such as Samsung, LG, and even Xiaomi etc already have their brand TV in the market. Realme just want to join to what I term the ‘TV gangs’. 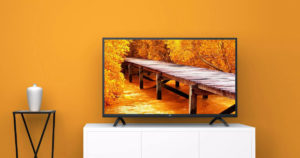 One thing to note about the upcoming Realme TV is that it is definitely going to be a Smart TV.  A Smart TV is a TV that is Smart unlike other TVs. They are Smart because they come with Wi-Fi with which one can surf the internet. Majority of them also comes with Android.

A smart TV enables you to use Wi-Fi to access the already preinstalled TV applications such as Netflix and many other video streaming networks. Trust me, from the promotion picture of Realme TV, we are certain that Realme TV is coming with Netflix already preinstalled on the TV. Don’t forget that this is the first TV ever made by the company and they are making it great. 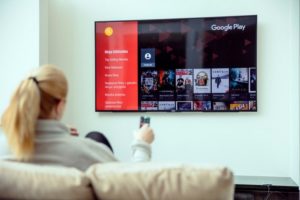 However, if you ever wish to buy Realme TV when its launched on May 25, better start saving the money and getting ready for it. Realme TV price is unknown for now but will be made known on the 25th of May 2020. Don’t forget it is a 43-inch Smart TV. More information will be updated on May 25, 2020.

Realme X50 Pro Player Edition to Launch on May 25