Realme X50 Pro Player Edition to Launch on May 25

Realme X50 Pro Player Edition to Launch on May 25. Despite the ongoing Corona Virus pandemic, Realme is still making and launching new amazing mobile phones for their market all over the world. Meanwhile, don’t forget to read how to clean your phone to kill Corona Virus. 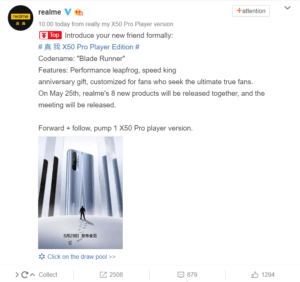 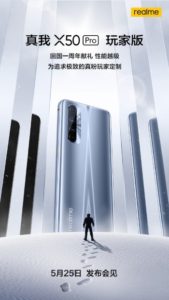