However, it is important to note that it was Amazon.in that revealed the upcoming Galaxy M31 Prime. They didn’t just reveal the phone, they equally revealed its looks and the major specifications the phone is coming with.

In that case, Samsung Galaxy M31 Prime is coming with a massive 6GB RAM. The internal storage will be 64GB and 128GB  respectively.  The storage capacity is enough to store your files. It also has an option to expand the storage up to 512GB so you don’t need to worry the storage. 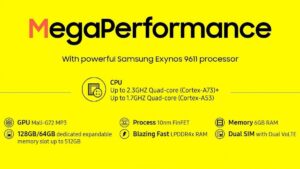 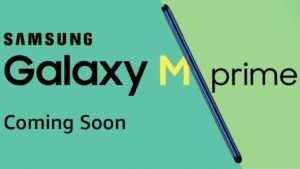 Another interesting thing about Galaxy M31 Prime is that it is coming with a massive 6000mAh non-removable battery. Yes! 6000mAh. Note that the battery will charge through a USB-C port at up to 15W fast charging. The fingerprint is located at the back of the phone.

In all, the phone will also come with 5 cameras. Four at the back and one in the front. A 32MP shooter will be in the front while the rear camera will consists of 64MP primary shooter, 8MP ultrawide, 5MP macro and 5MP depth sensor units.

How to Watch Samsung Galaxy Unpacked Event of 5 August 2020

Samsung Galaxy A Quantum: A New 5G Phone from Samsung...