Xbox Series X vs. Xbox Series S is offficially out. Though the sales is yet to start, it is expected to start selling from September 22, 2020. So get ready and get your money ready.

Please note that the area of similarities and differences will be centered around their prices and specifications (Resolution). The major difference is their resolution and price. 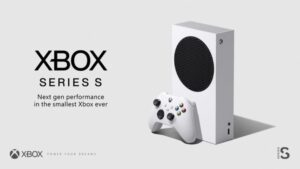 What you really have to know is that the experience between Xbox Series X vs. Xbox Series S will be the same except for the resolution. you will get the same I/O performance, same frame rate, same raytracing, same polygon count, same game logic, same AI, same physics, etc. remember that the CPU is mostly responsible for game logic, AI, physics, and frame rate while the GPU is mostly for graphical effects and resolution.

Meanwhile, The framerate should be the same between the S and the X (the S is slightly downclocked). And because you’re rendering 1/4 to 1/3 the number of pixels, you don’t need as much RAM.  In all, we concluded that Microsoft built the S to be equivalent to the X except at a lower resolution.

Get Mobile Prices is a participant in the Amazon Services LLC Associates Program, an affiliate advertising program designed to provide a means for sites to earn advertising fees by advertising and linking to Amazon.com

Check Price by your Country